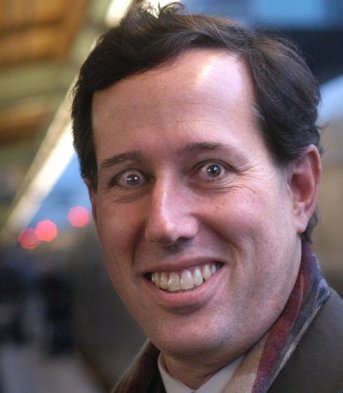 Defying personal and political realities, Republican presidential candidate Rick Santorum, escaped from the sanitarium today and is returning to the presidential campaign race.

After taking a five-day break to celebrate Easter and help care for his sick his 3-year-old daughter, Bella, who suffers from a serious genetic disorder, Santorum kicked off the fight for his home state, Pennsylvania, on Tuesday.

A loss in Pennsylvania in the April 24 primary will be seen as hammering the final nail into Santorum’s campaign coffin and will unofficially crown Romney as the Republican who will face President Obama in November’s election.

The sad spectacle of watching Santorum muddling on is like watching a wildebeest being devoured by a lion on the Discovery channel.  Where are the nice young men in their clean white coats ready to take him away?

Editor Update: I just heard Santorum has “suspended” his campaign. Code for he is no longer running but is free to keep raising money.

7 Responses to Santorum Escapes the Sanitarium