It’s Time to End the War in Afghanistan 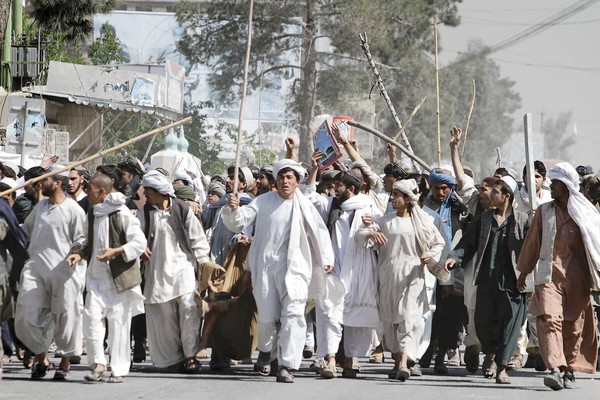 At the Dove World Outreach Center in Gainesville, FL, an evangelical pastor named Terry Jones supervised the burning of a pile of Korans on the anniversary of Sept. 11, 2001 attacks.

Whether you agree with Jones’ actions or not, the fact is, the Koran has been used to justify the murder of gays, subjugate women, carry out genocide against infidels, and rationalize hundreds of terrorist attacks around the world.

A person with even a drop of commonsense must admit the Koran is responsible for the spiritual and literal enslavement of millions throughout the Muslim world. The violent legacy and the destructive effects of the Christian Bible pale in comparison to the Koran. There isn’t a single Muslim nation that qualifies as a democracy, and this includes Iran, Pakistan, Turkey and Indonesia.

While burning a Koran serves no purpose other than to harass Muslims, the violent reaction of Afghans in the southern city of Kandahar to Pastor Terry Jones’ stunt is over the top and disproportionate to the Koran burning.

According to a report in Los Angeles Times:

Demonstrators torched cars, smashed windows and occupied a school building, a provincial spokesman said. Shops and businesses shut down as most residents of the country’s second-largest city took refuge at home. More than 80 people were injured.

President Obama wasted no time inserting himself in the situation. He expressed his condolences to families of the victims on Saturday saying, “The desecration of any holy text, including the Koran, is an act of extreme intolerance and bigotry.”

The murderous mob response of Afghans to a Koran burning half a world away in Florida should serve as a wake-up call to Washington: Afghanistan is a primitive Muslim nation mired in the 8th century. President Hamid Karzai is a thief and his government is steeped in political corruption. Believe me, the minute U.S. troops redeploy, Karzai will likely make some accommodation with the Taliban in order to survive.

Osama bin Laden — if he’s even still alive, isn’t living in a cave in Afghanistan but in nearby Pakistan, according to recently leaked intelligence reports. No wonder recent polls show two-thirds of the American people say the Afghanistan war is not worth fighting and the decade-long conflict is based on reasons no longer seem relevant.

For the Afghan people to slaughter U.N. workers as well as their own citizens over burning Korans in Florida is just a whole lot of tragic phooey. It’s time for President Obama to listen to the American people who overwhelmingly want out of Afghanistan or we will elect someone who will listen.