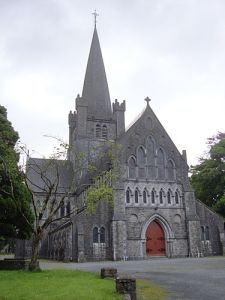 The ugly face of Roman Catholicism is on display once again as a septic tank was discovered filled to bursting with the bones of babies and children. The septic tank was used by Catholic nuns at the St Mary’s home in Tuam in County Galway, Ireland.

Death records suggest 796 children, from newborn babies to eight-year-old children were deposited in a grave near a Catholic-run home for unmarried mothers during the 35 years it operated from 1925 to 1961.

Historian Catherine Corless, who made the gruesome discovery.

Unmarried women were ostracized by the conservative Catholic society and were often forced to hand over their children for adoption.

Health issues and problems associated with the homes have long been documented. As far back as 1944, a government inspection report of the Tuam home described some of the children as “fragile, pot-bellied and emaciated.”

The recently discovered death records for St Mary’s show the 796 children died from malnutrition and infectious diseases, such as measles and TB.