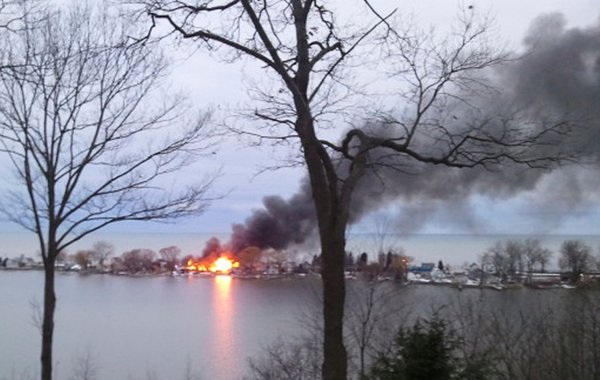 Firefighters shot dead responding to a house fire in Webster, NY, a suburb of Rochester

Less than 24 hours after the NRA’s Wayne LaPierre appeared on Meet the Press and refused to support stricter gun control laws, two firefighters responding to a house fire shortly before 6 a.m. in Webster, NY, were shot and killed.

In all, four firefighters were ambushed and shot responding to the blaze. Two died, while two sustained serious. They’re expected to survive.

“It appears they were the victims of a trap. People who get up in the middle of the night to fight fires, they don expected to get shot and killed.”

Webster is a small, middle-class town northeast of Rochester. According to the 2010 U.S. census, Webster has a population of 42,000.

20 Responses to Firefighters Shot and Killed Responding to House Fire