What Going Over the Fiscal Cliff Means to the LGBT Community 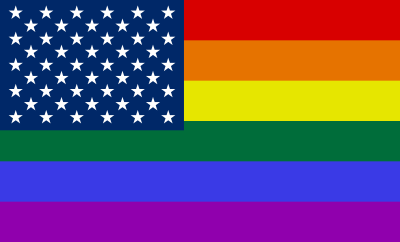 A revealing report from a coalition of LGBT groups details the negative effects that sequestration would have on lesbian, gay, bisexual and transgender Americans in employment, health, housing, higher education, and personal safety.

The Center for American Progress, in partnership with the National Gay and Lesbian Task Force and 23 other national LGBT groups, released the study:

Caught in the Budget Battle: How the ‘Fiscal Showdown’ Impacts Gay and Transgender Americans

Looking at the conclusions in the paper, center VP Jeff Krehely said:

“Sequestration in particular would inflict significant harm by requiring wholesale cuts to programs that are critical to the health, wellness, and livelihood of LGBT people and their families. We cannot afford to let that happen.”

Many federal programs, directly and indirectly, support and serve the LGBT population. If across-the-board budget cuts go into effect, LGBT leaders are concerned about the following:

• Threats to the employment security of LGBT workers “because federal agencies would have fewer resources to investigate claims of employment discrimination.”

Under sequestration, the Equal Employment Opportunity Commission, which enforces federal employment discrimination laws, would see an automatic cut to its budget in 2013 that will continue through 2021 if no budget resolution is reached after sequestration occurs.

For elder LGBT Americans, sequestration would cut Medicare payments to doctors, hospitals and other health care providers for 2013.

• The absence of critical resources from government agencies working to combat bullying and school violence against LGBT youth.

For LGBT youth, sequestration would reduce funding for agencies within the Department of Education and Department of Justice responsible for investigating bullying claims against students based on their sexual orientation or gender identity.

• Limited ability of federal government to address the high rates of homelessness among LGBT youth.

With fewer resources, the report maintains, it would become more difficult for the Department of Housing and Urban Development to enforce relatively new federal regulations prohibiting discrimination against LGBT renters, tenants, and potential homeowners. Sequestration would greatly undermine the progress made over the past four years toward ending housing discrimination among the population.