Ann Romney Says Mitt is a Mental Case! Fears for His Sanity if Elected! 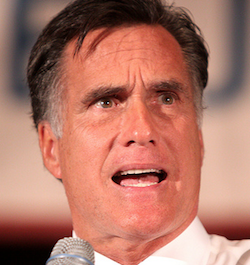 In an interview Thursday with KTVN, Mrs. Romney was asked what is her biggest worry should her husband Mitt be elected president:

“I think my biggest concern obviously would just be for his mental well-being. I have all the confidence in the world in his ability, in his decisiveness, in his leadership skills, in his understanding of the economy. So for me, I think it would just be the emotional part of it.”

A week ago in Iowa, she had a tough response for the Republicans who have criticized her husband:

Presumably, Mrs. Romney was referring to the challenges of running for office but some wondered if she was referring to an activity parents used to tell their teenage boys would make them go blind if done to excess.

24 Responses to Ann Romney Says Mitt is a Mental Case! Fears for His Sanity if Elected!