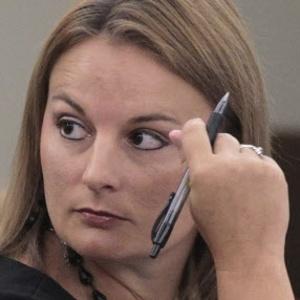 When Van Halen penned the lyrics to the song Hot for Teacher back in the 1980s, they had no idea 25 that years later, life would imitate art.

A Texas jury took less than an hour to convict high school English teacher Brittni Nicole Colleps, 28, of Arlington, TX guilty yesterday of having group sex with five 18-year-old football and track students at her home.

Colleps was convicted on 16 felony counts of an inappropriate relationship between a student and teacher. Each count is punishable by two to 20 years in state prison.

The married English teacher has three children. She turned herself into authorities  after a cellphone video of an encounter with Kennedale HS students surfaced.