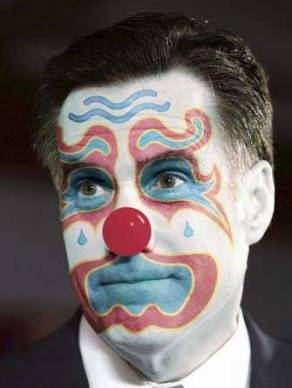 In case you haven’t heard, the presumptive Republican presidential candidate, Mitt Romney, is London on the first stop on his so-called foreign listening tour.

Romney wasted no time making a fool of himself. When asked if whether the London Olympics will be a success, Romney said in a TV interview:

“It’s hard to know just how well it will turn out. There are a few things that were disconcerting.”

Romney, who organized the 2002 Winter Olympics in Mormon capital of Salt Lake City, also questioned whether the British people will “come together and celebrate” the Olympics.

“We’ll show the world we’ve not only come together as a United Kingdom, but are extremely good at welcoming people from across the world. You will see Britain can deliver. We are holding an Olympic Games in one of the busiest, most active, bustling cities in the world. Of course it’s easier if you hold an Olympic Games in the middle of nowhere.”

Mitt Romney is proof that having a net worth of $250 million doesn’t prevent you from being an ugly American.

12 Responses to Mitt the Twit