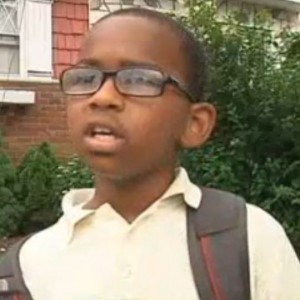 Have I mentioned 10-year-old New York fifth-grader, Kameron Slade, is my new hero?

The department of education says a queens fifth grader will get to read his speech on same-sex marriage after all at school on Monday. The principal had refused to let the boy read the speech, forcing the fifth-grader to change topics.

But a letter sent to parents Friday confirms that 10-year-old Kameron Slade will be allowed to recite his speech on same sex marriage at a special assembly at PS 195 on Monday.

Kameron’s speech focused on the importance of acceptance and his experience with his mother’s friends who are gay.

The fifth-grader has been invited to speak before the City Council and at several gay pride events but he says he just wants to read his speech in school for now.