BREAKING: U.S. Court of Appeals for the Ninth Circuit to Rule on Prop 8 Tomorrow 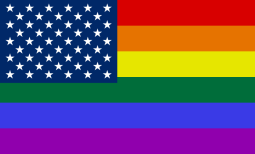 I received notice from the American Foundation for Equal Rights today that the United States Court of Appeals for the Ninth Circuit will issue a significant ruling in the landmark Federal civil rights case of Perry v. Brown on Tuesday February 7, 2012 by 10:00 a.m. PST.

The court will determine whether to uphold the historic August 2010 decision of the Federal District Court that found Proposition 8 unconstitutional.

The Mormon-driven Proposition 8 stripped gay and lesbian Californians of the fundamental freedom to marry.

The American Foundation for Equal Rights is the sole sponsor of the Perry case, will hold three media events on Tuesday, February 7, 2012 to discuss the significance and impact of the Ninth Circuit’s ruling.

This is a BREAKING story.

7 Responses to BREAKING: U.S. Court of Appeals for the Ninth Circuit to Rule on Prop 8 Tomorrow