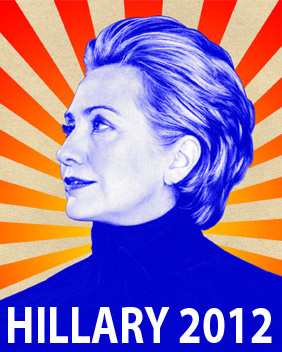 I have been unable to obtain an audio feed of the robocall to post but, writer Sam Stein did receive a call. Here is the text he received:

“America would be better off today if Hillary Clinton was our president. The Wall Street robber barons would be jailed, young people could afford college and find jobs and six million homeowners wouldn’t face foreclosure. We need to change our course. Please sign our petition to draft Hillary Clinton for president.”

I can’t say I am surprised by any of this. President Obama’s support is tepid at best and among some demographic groups, nonexistent. If there was ever an election campaign ripe for a third party challenger, I believe 2012 is it.

If Hillary decides to jump in at the 11th hour, she will have my support and the support of my Blog.