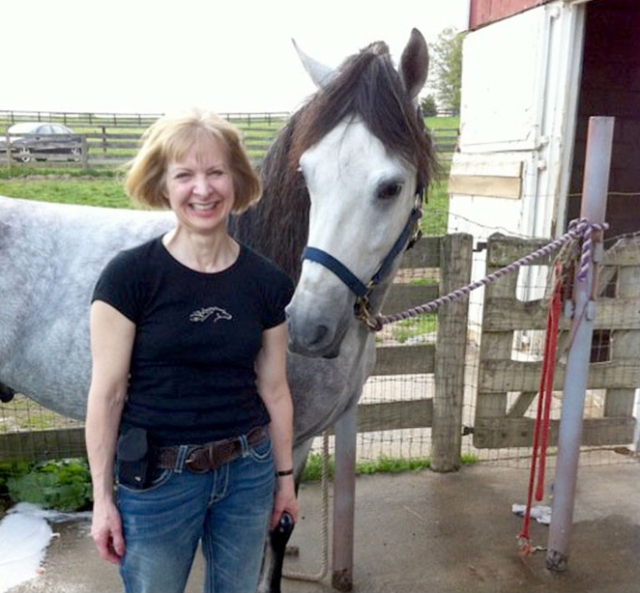 Today, Karen Kraushaar joined the growing crowd of women — the second to go public in the past 24 hours, to report she was a victim of inappropriate behavior by Tea Party darling and Republican presidential candidate Herman Cain.

Kraushaar, 55, a former journalist who currently serves as a communications director at the Inspector General’s Office of the Treasury Department, a position she has held since last year, is a competitive equestrian and a lover of golden retrievers. She has been married for more than two decades.

Jennie Williams, a friend and an Atlanta equestrian said of Kraushaar:

[She is] “an extraordinarily good person. She is very reliable and has lots of integrity. I don’t know what happened. I don’t want to know. Enough is enough. She is quality.”

A former colleague at the National Restaurant Association who asked not to be identified said of Kraushaar:

“The woman is a consummate professional. What I saw was an extremely talented woman. A professional, knowledgeable woman and nothing more.”

Karen Kraushaar lives in Maryland, and had no desire to speak publicly about the complaint she filed against Cain, letting her superiors know “about a series of inappropriate behaviors and unwanted advances from the CEO,” her attorney, Joel Bennett, said recently.

“Those complaints were resolved in an agreement with her acceptance of a monetary settlement,” Bennett said. “She and her husband see no value in revisiting this matter now, nor in discussing this matter further, publicly or privately. In fact, it would be extremely painful to do so.”

Ned Kraushaar said his sister-in-law never discussed the incident that allegedly occurred when she was a spokeswoman for the National Restaurant Association from 1998 to 1999, a Washington lobbying firm then headed by Cain. “She kept it all quiet because of the confidentiality agreement,” he said by phone from his Atlanta home.

Karen Kraushaar told the New York Times she was upset that her name had been leaked into some press reports. But she said she had decided to speak out now that her identity was publicly known.

“When you are being sexually harassed in the workplace, you are extremely vulnerable,” she said. “You do whatever you can to quickly get yourself into a job someplace safe, and that is what I thought I had achieved when I left.”