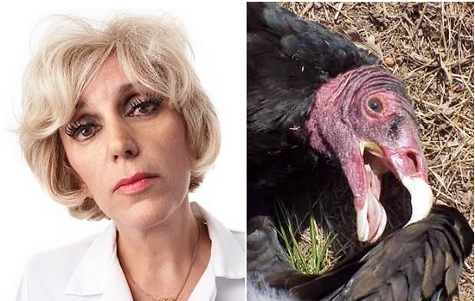 It’s official. Orly Taitz, AKA, the Birther Queen, best known for a chronic case of Obama Derangement Syndrome, and her certitude that Mr. Obama was born in either Kenya or Indonesia, will challenge Democratic Sen. Dianne Feinstein in 2012.

In a lengthy interview with The Daily Caller, Taitz said:

“It’s time for new ideas, new blood, new energy. I’m very confident that I’ll be able to get the Republican nomination and I will be able to win the general election.”

But Taitz quickly turned her attention to President Obama:

“It is my understanding that their  recommendations are not to allow Barack Obama on the [Arizona] ballot until there is verification of his vital records because of clear evidence of forgery in his birth certificate and evidence of fraud with his Social Security number.”

Taitz also alleges that Mr. Obama only attended Columbia University for nine months, rather than for two years. She demanded Obama account for the missing year:

“Why isn’t he telling the truth?” There are so many questions about his past.”