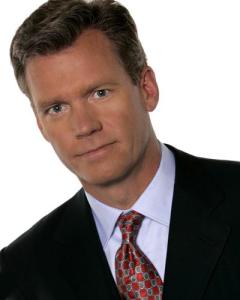 The NATIONAL ENQUIRER reports Dateline NBC’s Chris Hansen was busted for cheating on wife! Hansen, best known as the star of To Catch a Predator lives with his wife, Mary and their two sons in Connecticut.

Reports in the NATIONAL ENQUIRER and RadarOnline say Hansen has been cheating with Kristyn Caddell, a news anchor at NBC affili­ate WPTV in West Palm Beach, FL.