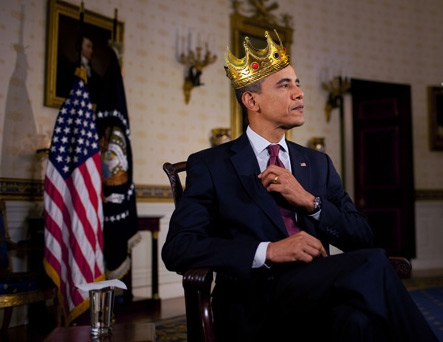 In a move worthy of Nixon or Bush, the White House threatened to banish The San Francisco Chronicle from pooled political coverage of its events in the Bay Area after the paper posted a video of a protest at a fundraiser for President Obama last week, Chronicle Editor Ward Bushee said. Bushee says the newspaper was within its rights to film the protest and post the video.

The cowardly White House press office refused to speak on the record about the matter.

Chronicle senior political reporter Carla Marinucci was invited by the White House to cover the Obama fundraiser on April 21 on the condition that she send her written report to the White House to distribute to other reporters who did not attend. Such “pool reports” are routinely used for press coverage at White House events that are not open to the entire press corps.

What angered President Obama was video footage showing 200 donors paying $5,000 to $38,500 each to attend the event at the hoity-toity  St. Regis Hotel in the city, a day after Obama visited Facebook headquarters in Silicon Valley touting the proliferation of “new media” breaking the confines of traditional journalism.

At the St. Regis event, a group of protesters who collectively paid $76,000 to attend the fundraiser dared to interrupted President Obama with a song complaining about the administration’s sheepish treatment of Pfc. Bradley Manning, the soldier who allegedly leaked U.S. classified documents to the WikiLeaks website.

As part of a “print-only pool,” Marinucci was limited by White House guidelines to provide a print-only report, but Marinucci also took a video of the protest, which she posted in her written story on the online edition of The Chronicle at SFGate.com and on its politics blog after she sent her written pool report.

Chronicle Editor Ward Bushee also said the White House rules are “not in the spirit of what the Obama administration is trying to project” in its claims to be the most transparent administration ever.