Halliburton Agrees to Pay $35 Million for an Old Dick 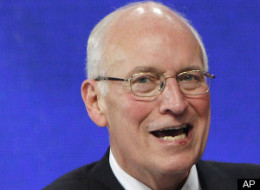 Cheney, who was Halliburton’s CEO in the 1990s, was charged with conspiracy and “distribution of gratification to public officials” in a long-running case involving the company and its Kellogg, Brown and Root subsidiary. Nigerian government officials accused the company of paying bribes to secure $6 billion worth of contracts for a liquefied natural gas project in the Niger Delta.

Halliburton plead guilty to foreign bribery charges in the United States last year and paid a $402 million criminal fine, according to the U.S. Justice Department. KBR and Halliburton also paid $177 million to settle civil complaints related to the bribery, the Justice Department said.