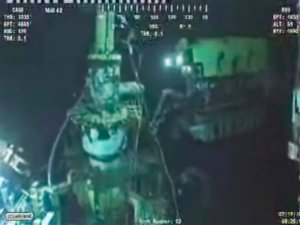 Three months and 186 millions gallons into the Gulf of Mexico oil disaster, the U.S. government’s spill chief says the first of two relief tunnels should finally reach BP’s broken well this weekend, meaning the gusher could be shuttered for good within two weeks.

After several days of concern about the well casing’s stability and the temporary cap keeping most of the oil bottled up, retired Coast Guard Adm. Thad Allen said Tuesday that engineers concluded the risk of a bigger blowout was minimal and engineers were getting closer to pumping the mud/cement mixture into the column to permanently seal it.

If all goes as planned, crews will begin the kill procedure, pumping mud and cement into the hole a mile underwater to seal it, which BP said could take anywhere from five days to a couple of weeks. Engineers are considering pumping drilling mud down through the cap to increase the chances that the attempt to seal the well succeeds.

BP’s Deepwater Horizon rig exploded April 20th, killing 11 workers and touching off the worst environmental disaster in U.S. history. The well has spewed an estimated 186 gallons of oil into the Gulf.