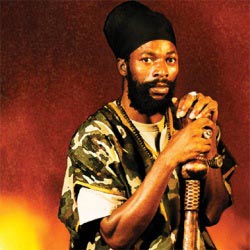 Five Jamaican performers of so-called “murder music,” dancehall songs that advocate killing gays will not be allowed to enter the United States. They include Bounty Killer, Mavado, Beenie Man, Adonia and Ricky Trooper — have all had their visas cancelled, with no official explanation forthcoming from the State Department.

Speculation centers on two possible explanations. One theory is the musicians are not being allowed in due to the content of their material. The other is that the cancelled visas are a response to the refusal on the part of the Jamaican government to accede to U.S. extradition requests regarding Christopher “Dudus” Cokes on drug-running charges.

Antigay reggae musician Buju Banton was the subject of a boycotting campaign during a tour he undertook last year in the U.S. to promote his newest album. One of Banton’s signature songs is “Boom Bye Bye,” which describes shooting gay men in the head and incinerating their dead bodies. Banton was later arrested in Florida on drug charges.