Tony Perkins Says He’s a Victim of the Gays 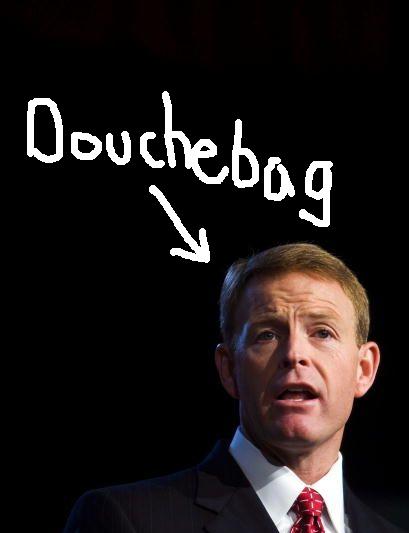 Have you noticed whenever a radical rightwing, Christian extremist is prevented from espousing antigay bigotry, they immediately play the victim card? And so it goes with Tony Perkins, president of the Family Research Council.

Perkins, a critic of President Obama’s pledge to reverse the viciously homophobic, Clinton-era policy of ‘Don’t Ask, Don’t Tell,’ is whining that Andrews Air Force Base pulled a longstanding invitation for him to speak because of his views.

The Family Research Council has been lobbying lawmakers to oppose the repeal of ‘Don’t ask, Don’t tell.’ “Do not let our military be used to advance a radical sexual agenda,” says an item on the council’s web site. Radical comments like that were too much for the military base.

“As a former Marine officer, I’m sure you understand the situation in which we find ourselves. As military members we are sworn to support our Commander in Chief, and are forbidden to make or support statements which run counter to our roles as members of the armed forces.”

But Perkins is having none of it and claims he’s a victim of the gay mafia.

“People don’t understand that in the military there is a chain of command, and you have to follow orders. You’re not free to disagree.”

As a former member of the military, Tony Perkins, should understand that military personnel answer to the Commander in Chief — in this case, President Obama and not to some media whore, waving a Bible while saying all gay people should be sent to jail. Don’t worry Tony. I’m certain FOX News or CNN will be calling you in short order to be their Christian spokesman as to why the ban shouldn’t be repealed.