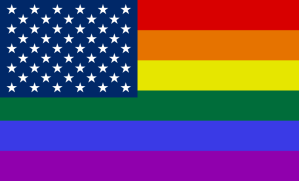 Rep. Jerrold Nadler (D-NY) says he doesn’t think there will be enough support to repeal the viciously homophobic, Clinton-era Defense of Marriage Act (DOMA) this year, or in 2010. Nadler, who sponsored of the DOMA repeal bill, says other LGBT bills will take precedence during the next legislative session.

Nadler said Congress won’t take up the DOMA repeal next year because other LGBT-related bills, including the Employment Non-Discrimination Act, legislation providing partner benefits for LGBT federal workers and a repeal of “Don’t Ask, Don’t Tell.”

Supporters hope to pass those measures by the end of 2010.

“The Respect for Marriage Act comes up after that, maybe at the end of the next Congress, maybe afterward,” he said.

While our “fiercest advocate” is busy escalating U.S. combat troop involvement in Afghanistan and jetting off to Oslo, Norway to accept a Nobel Peace prize, it has become increasingly clear that President Obama plans to play no role whatsoever in the advancing the repeal of the two most discriminatory laws oppressing the LGBT community: Don’t Ask, Don’t Tell and the Defense of Marriage Act.

2010 is an important midterm election year. The entire U.S. House and a third of the U.S. Senate is up for reelection. I think the Congress needs to understand that members of the LGBT community vote in numbers larger than non-members of the LGBT community. Efforts are mounting to halt donations to the DNC (allegedly, where we have the largest support) if Democratic members of Congress continue to turn a deaf ear to issues of importance to LGBT Americans.

Continue to ignore us and incumbent Democratic members of the Congress could find themselves joining the ranks of the unemployed.

9 Responses to No DOMA Repeal in 2010, Says Nadler