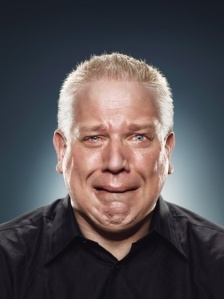 Glenn Beck crawls back to FOX Noise today after a management-induced vacation with 36 fewer companies willing to advertise on his show than when he left. All dumped him in response to calling President Obama a “racist.”

According to ColorofChange.org, a group that promotes political action,  launched the ad boycott campaign to get advertisers to abandon him. A total of 33 Fox advertisers, including Walmart, CVS Caremark, Clorox and Sprint, directed that their commercials not air on Beck’s show, according to the companies and ColorofChange.org.

The Clorox Co., the maker of bleach and household cleaners and a former Beck advertiser, released a statement saying:

“We do not want to be associated with inflammatory speech used by either liberal or conservative talk show hosts.”

Beck, a radical, rightwing Republican and Mormon, as a well as a recovering alcoholic, has made a career of making incendiary comments such as, “the US needs to be saved by another successful Osama bin Laden attack, to protect us from illegal immigrants.“