When it Comes to Marriage Equality, Guess What Country is More Liberal than the USA? 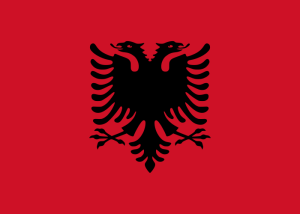 When it comes to marriage equality, guess what country is more liberal than the USA? No, not Spain — that’s a slam-dunk. Maybe the Netherlands then? Too easy. Perhaps Canada, just across the U.S. border?

Homosexuality remained illegal in Albania as recently as 1995. But now the country has stepped boldly into the 21st century and is about to introduce legislation that many of the supposedly more liberal governments in Europe have yet to embrace — legalizing gay marriage.

For more than 40 years, from November 1944 to April 1985, Enver Hoxha was the Communist leader of Albania and led a nation that was officially atheist but after Hoxha’s death in 1985, the country started to reengage with the outside world and reform its internal structures.

Albanian Prime Minister Sali Berisha deemed a conservative leader in a deeply conservative country and someone who is a great advocate of “family values”, has nevertheless taken a strong line on the need for Albania to adopt laws that aim to fight the discrimination that many members of the lesbian, gay, bisexual and transgender (LGBT) community still encounter.

Perhaps, Prime Minister Sali Berisha can knock some sense into President Obama who continues to do a side hustle with regard to the repeal of “Don’t Ask, Don’t Tell,” as well as the Defense of Marriage Act?

10 Responses to When it Comes to Marriage Equality, Guess What Country is More Liberal than the USA?