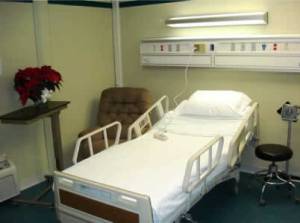 Medical bills or related illness contributed to more than 62 percent of personal bankruptcies in 2007, according to a new study. A nearly 50 percent increase from 2001 and not even reflecting the growing number of people who are losing their jobs and insurance as a result of the recession.

A new report in the August issue of the American Journal of Medicine says:

“The U.S. health care financing system is broken, and not only for the poor and uninsured. Middle class families frequently collapse under the strain of a health care system that treats physical wounds, but often inflicts fiscal ones.”

Medical bankruptcies will total an estimated 866,000 this year and involve 2.3 million Americans, based on the current bankruptcy filing rate, the report says.

“Private health insurance is a defective product, akin to an umbrella that melts in the rain. Unless you’re Warren Buffet, your family is just one serious illness away from bankruptcy.”

We cannot allow such injustices to continue. The solution can be found in a single-payer healthcare system — not in private insurance.