Ed Schultz Gets MSNBC Program of His Own 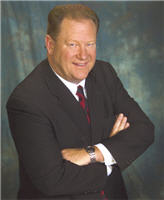 Talk Radio host Ed Schultz has landed his own show on MSNBC.

Speculation swirled about Schultz — a bombastic, progressive talker, joining the MSNBC lineup after network president Phil Griffin said he was looking for another liberal voice to complement the hugely popular combination of Keith Olbermann and Rachel Maddow.

The Ed Show will debut this Monday in the 6PM, the timeslot currently occupied by 1600 Pennsylvania Avenue, hosted by David Shuster. Shuster will now host a two-hour afternoon show beginning at 3PM, along with chatterbox Tamron Hall. Norah O’Donnell, who currently hosts the 3PM hour is expected to move to a morning timeslot.

8 Responses to Ed Schultz Gets MSNBC Program of His Own