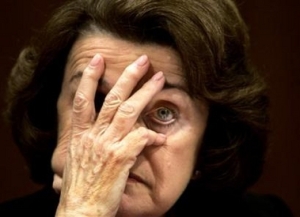 As a senior U.S. lawmaker and the Chairwoman of the Intelligence Committee, Feinstein ought to know better than to disclose sensitive, classified CIA intelligence information in a public forum.

At a hearing this passed Thursday, Feinstein disclosed that unmanned CIA Predator aircraft operating in Pakistan are flown from an air base in that country — a revelation likely to embarrass the Pakistani government and complicate its counter-terrorism collaboration with the United States.

“As I understand it, these are flown out of a Pakistani base,” she said.

The disclosure by the Chairwoman of the Senate Intelligence Committee, marks the first time a U.S. official had publicly commented on where the Predator aircraft patrolling Pakistan take off and land.

“If accurate, what this says is that Pakistani involvement, or at least acquiescence, has been much more extensive than has previously been known,” he said. “It puts the Pakistani government in a far more difficult position [in terms of] its credibility with its own people. Unfortunately it also has the potential to threaten Pakistani-American relations.”

As chairwoman of the Senate Intelligence Committee, Feinstein is privy to classified details of U.S. counter-terrorism efforts. The CIA does not publicly acknowledge a campaign against Pakistan-based extremists using remotely piloted planes, making Feinstein’s comment all the more inappropriate.