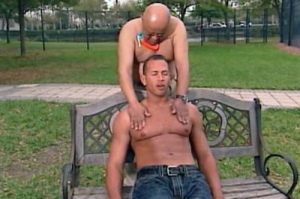 Rodriguez’s name appears on a list of 104 players who tested positive for performance-enhancing drugs in Major League Baseball’s ’03 survey testing, SI’s sources say. As part of a joint agreement with the MLB Players Association, the testing was conducted to determine if it was necessary to impose mandatory random drug testing across the major leagues in 2004.

When approached by an SI reporter on Thursday at a gym in Miami, Rodriguez declined to discuss his 2003 test results. “You’ll have to talk to the union,” said Rodriguez, the Yankees’ third baseman since his trade to New York in February 2004. When asked if there was an explanation for his positive test, he said, “I’m not saying anything.”

The drug in question is Primobolan, which is also known by the chemical name methenolone, is an injected or orally administered drug that is more expensive than most steroids. (A 12-week cycle can cost $500.) It improves strength and maintains lean muscle with minimal bulk development, according to steroid experts, and has relatively few side effects.

This entry was posted in MLB, News and tagged MLB, News. Bookmark the permalink.